How to choose a good sofa?

Gestilar and its social responsibility as a company

Many and varied are the social causes, sponsorships, voluntary organisations and partnerships in which Gestilar is 100% involved, all of which share the common denominator of championing values such as effort and solidarity.

Here, we are going to tell you more about these activities and how Gestilar has integrated them into the Corporate Social Responsibility of the business.

Together, we can make a world of difference!

One of the most recent actions in which Gestilar has participated as a partner was the Perlas en el Barrio Charity Paddle Tennis Tournament, a sporting event organised for its members by Asprima. This year ‘s invitation could not have hoped for a better response. Around €4,360 was raised for Perlas En El Barrio to provide a safe and secure home for abandoned and orphaned children, where they will be able to begin a new life and look forward to a better future. 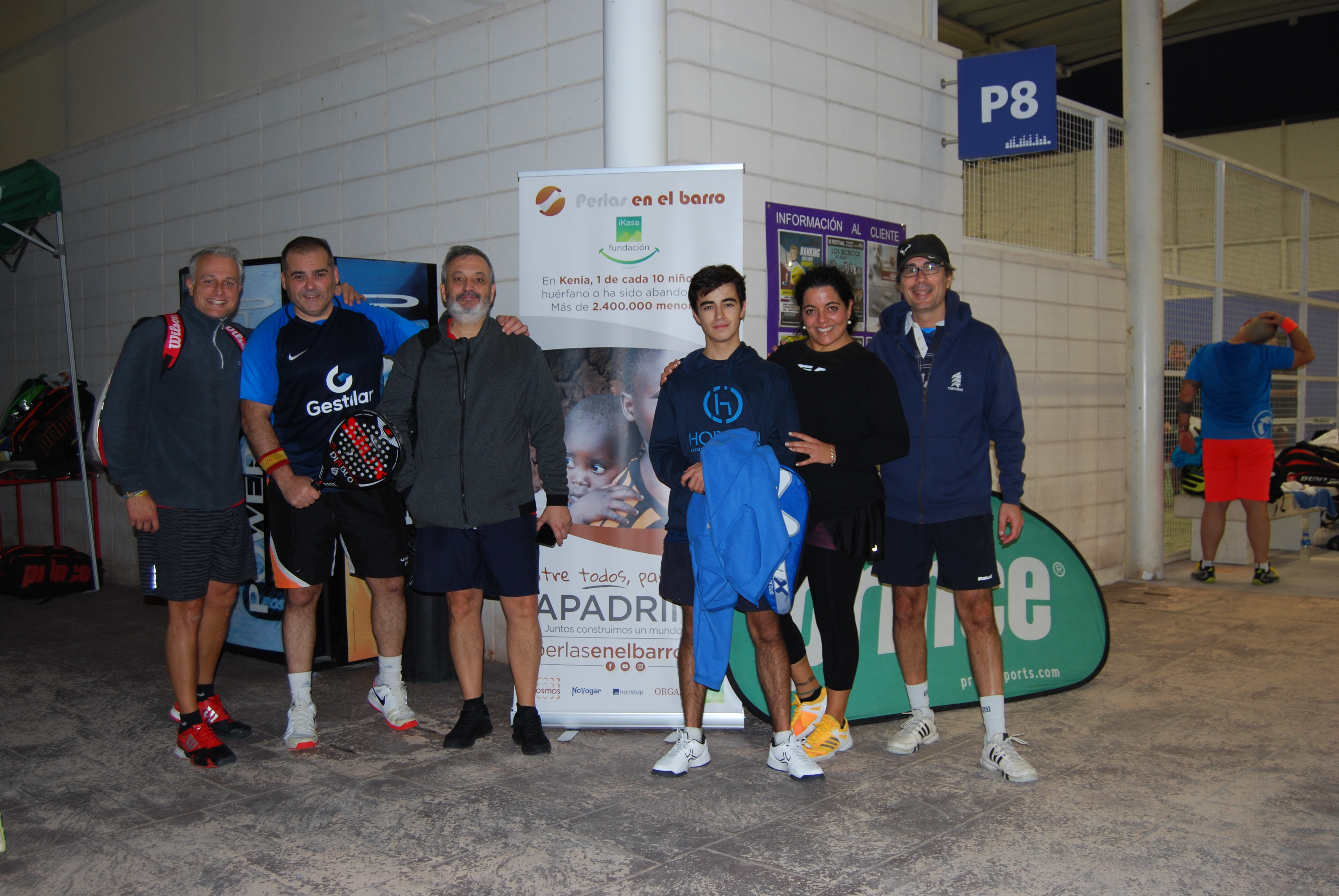 We will be back again next year!

Gestilar took part for the first time in the 6th AECC Madrid Race to help in the fight against cancer, where there was a record number of runners taking part. €18,500!

All the money raised through registrations was given to the AECC, thus allowing us to become a part of this great project. The AECC Active Space Against Cancer was set up with the aim of changing the way in which we combat cancer.

Everyone at Gestilar feels extremely proud of having this opportunity to make our own small contribution to the cause. Next year, we will certainly take part again this perfect event for enjoying a great day out with the family, and all for a good cause. 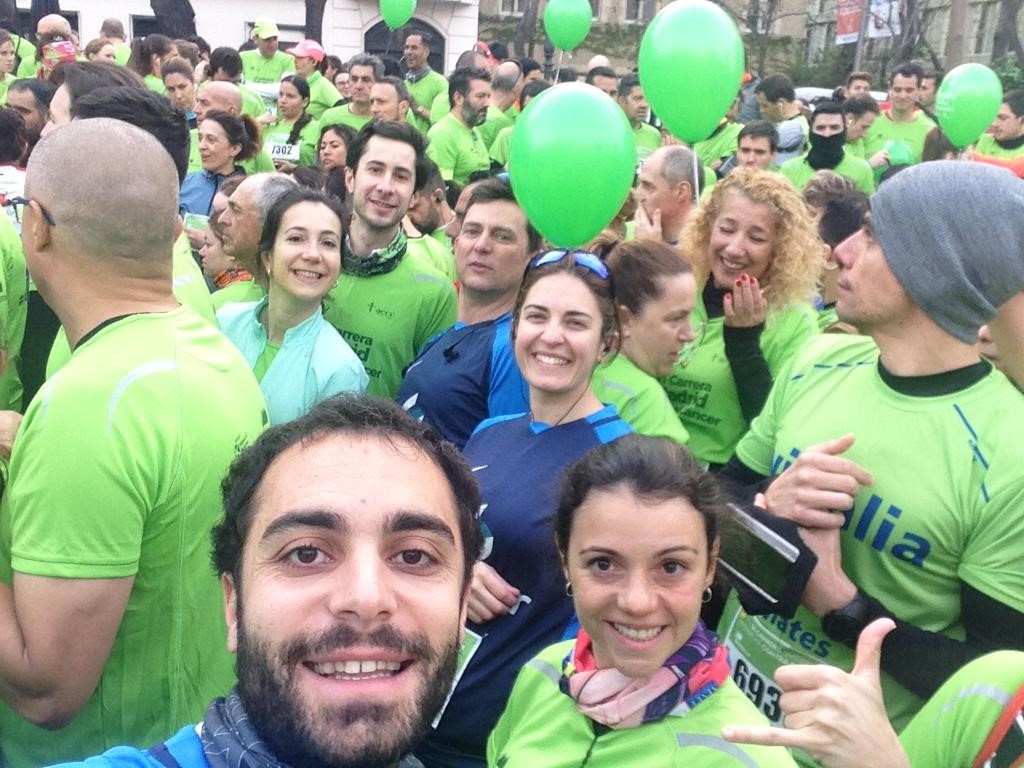 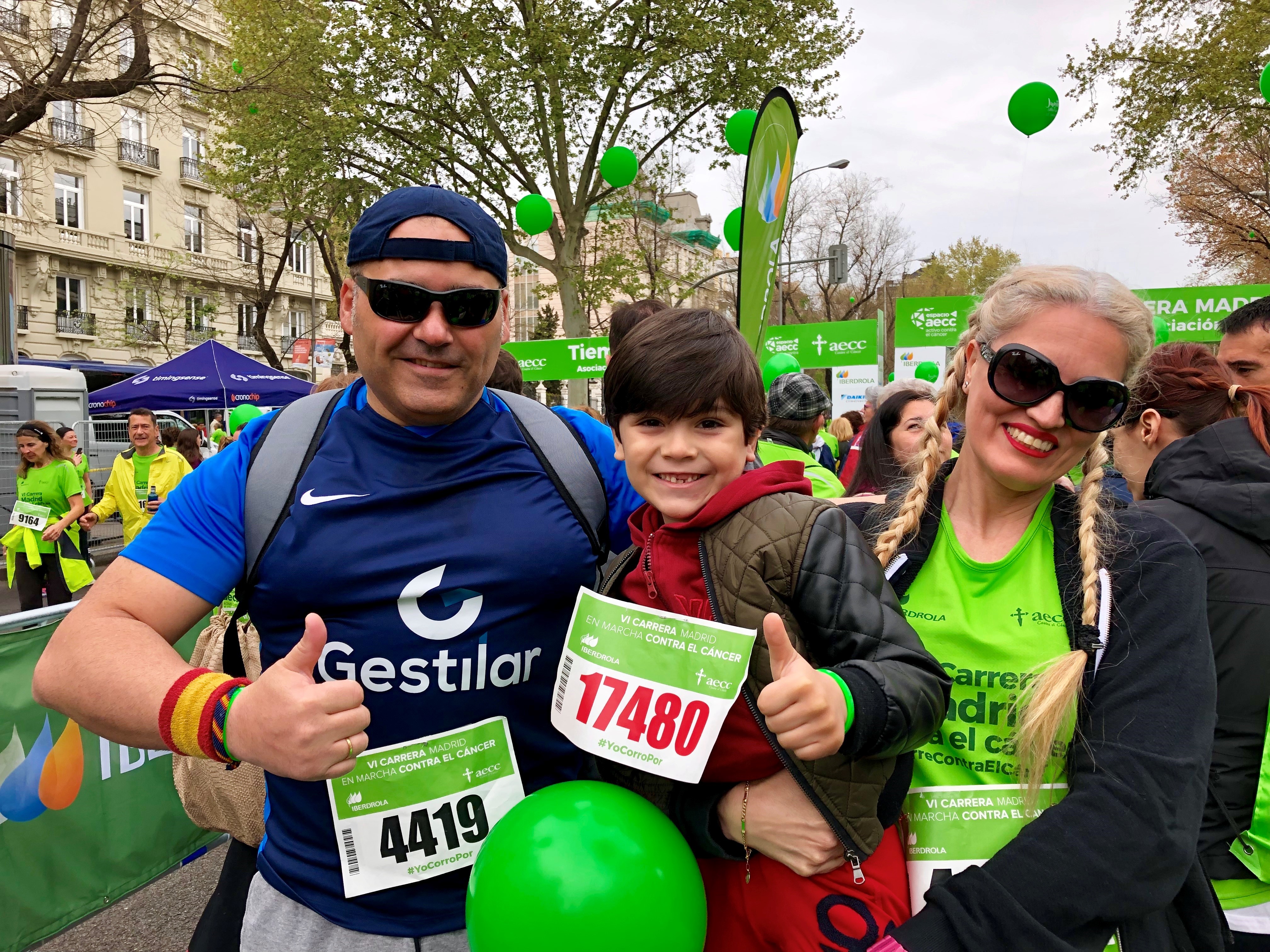 Over 50 competitors from Gestilar entered the 9th Madrid Down Race, a charity run organised by the Madrid Downs Syndrome Foundation. Altogether, more than 4500 runners took part in the competition.

The goal of the event is to raise money for leisure and sports projects for people with Down Syndrome and other intellectual disabilities. Down Madrid explained that, “the value of your race number will help to support sports activities provided by our Foundation for people with intellectual disabilities, to foster inclusion and healthy lifestyle habits.” 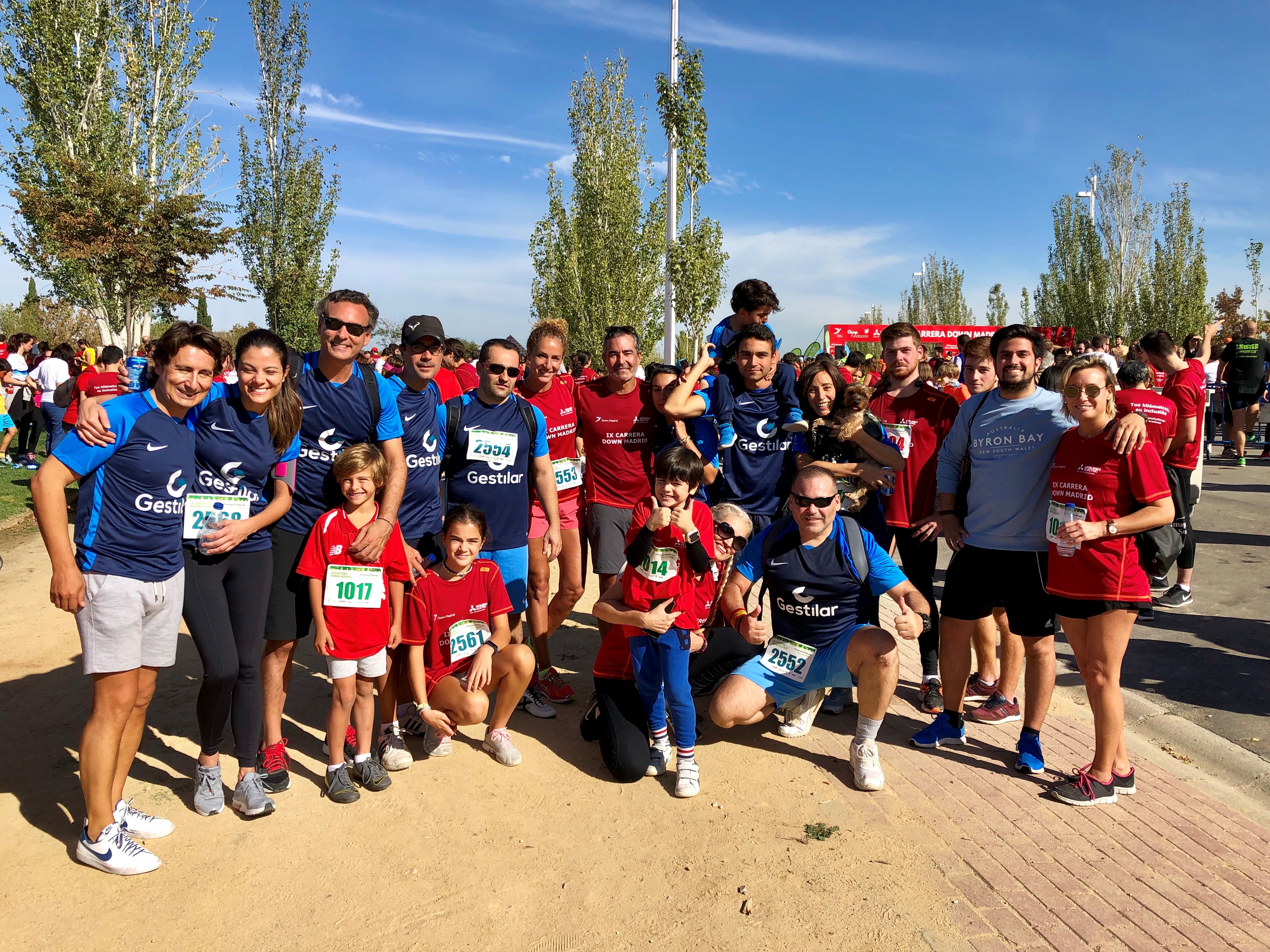 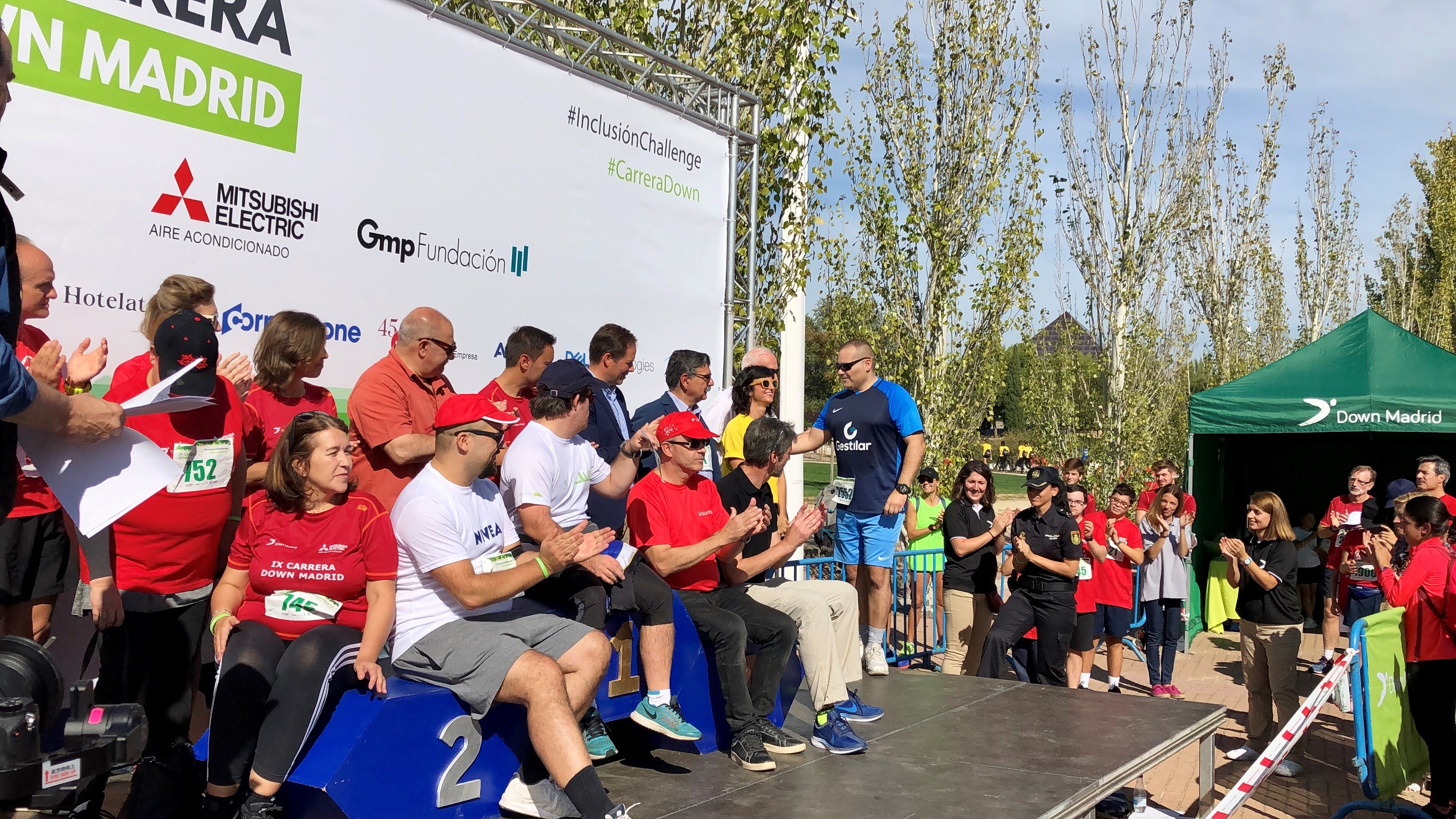 Gestilar took part, as it has done in previous years, in the Companies League, the charity football 7 tournament organised by the Madrid Down Syndrome Foundation, which is now in its 5th year. The initiative aims to facilitate the inclusion of people with Down Syndrome and other intellectual disabilities in everyday situations through sport.

Each team was made up of 12 players, of which 10 belonged to the participating company and 2 to Down Madrid. The purpose of the tournament is to facilitate the social inclusion of people with an intellectual disability through sport, as well as to offer a great time for everybody.

The occasion allowed both participants and the public to enjoy a day of sport and to see for themselves how people from this group are able to rise to the challenges given the appropriate support. 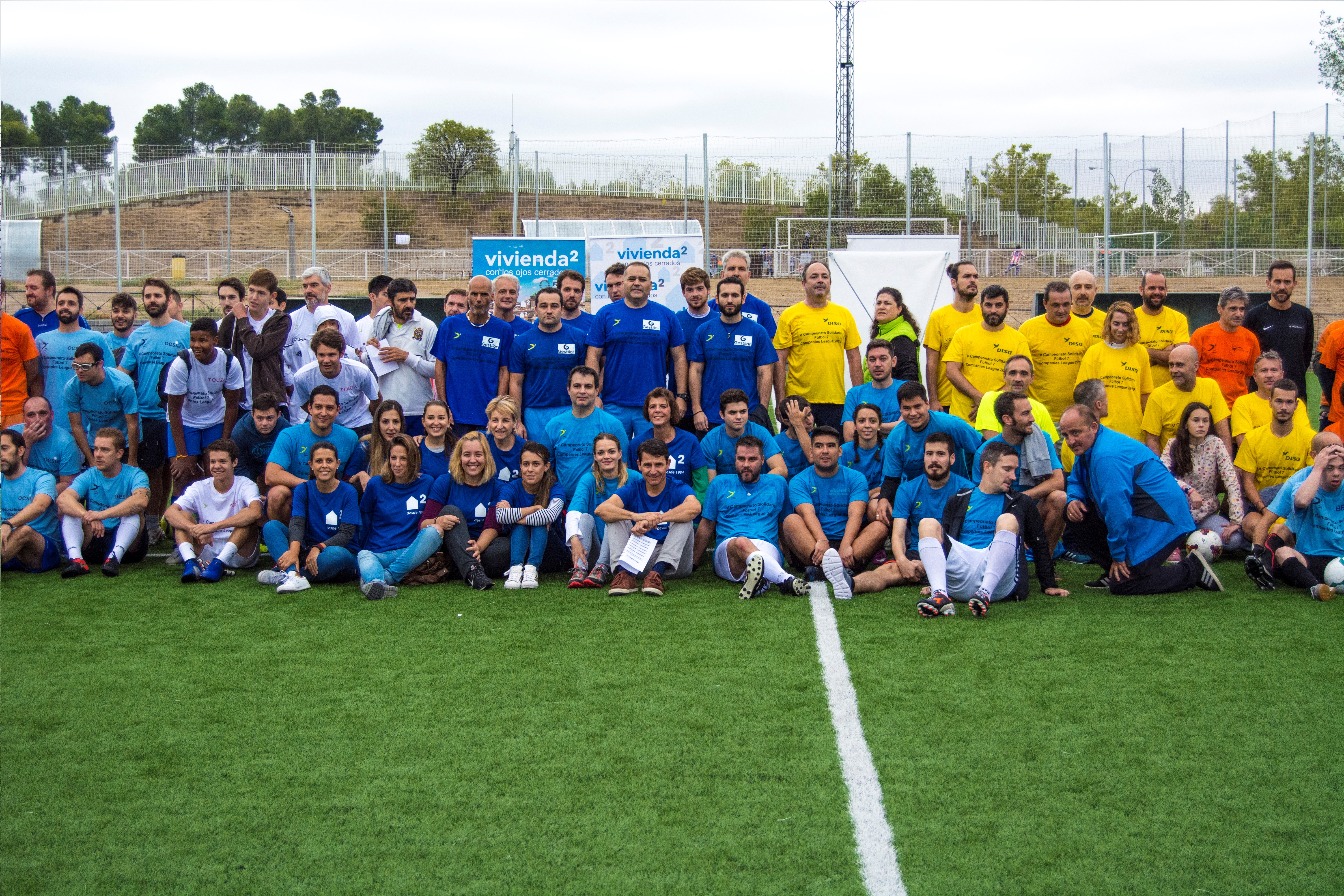 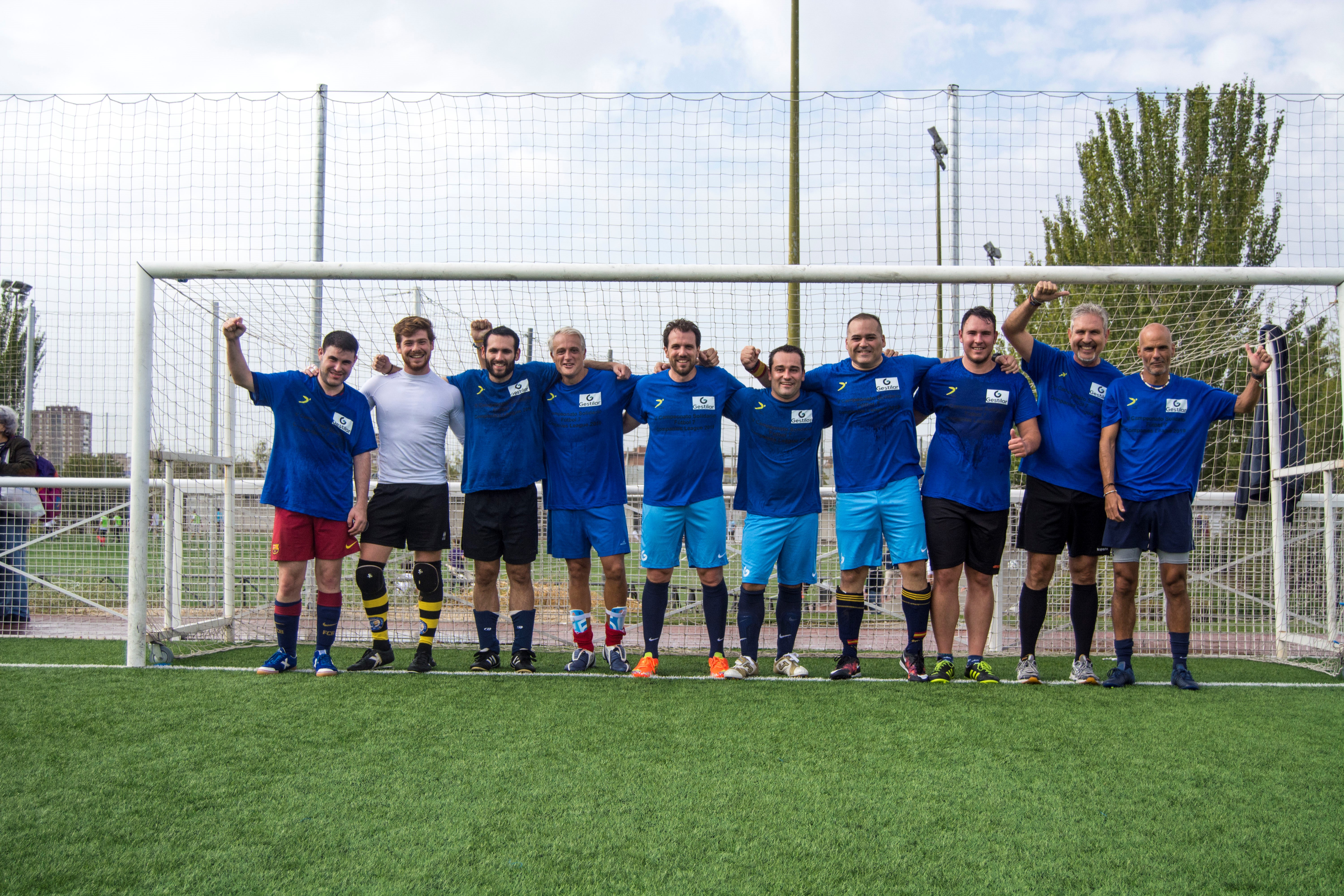 The occasion allowed both participants and the public to enjoy a day of sport and to see for themselves how people from this group are able to rise to the challenges given the appropriate support.

Cristina Vizcaíno: an example of effort and perseverance

At Gestilar, we are proud to be supporting the talent and the efforts of athletes such as Cristina Vizcaíno González, a karateka who has been 3-times Sub-Word Champion, 4-times European Champion and who has recently been proclaimed the senior singles Spanish champion for the 9th time.

Gestilar fully shares in the values of effort, excellence, perseverance, equality, respect, sportsmanship, solidarity and companionship that are integral to sport. To continue to support it and to continue developing our conduct and corporate social responsibility handbook, we are proud to be the sponsors of Cristina Vizcaíno during the 2019-2020 season.

Go for it this season! KIAI! 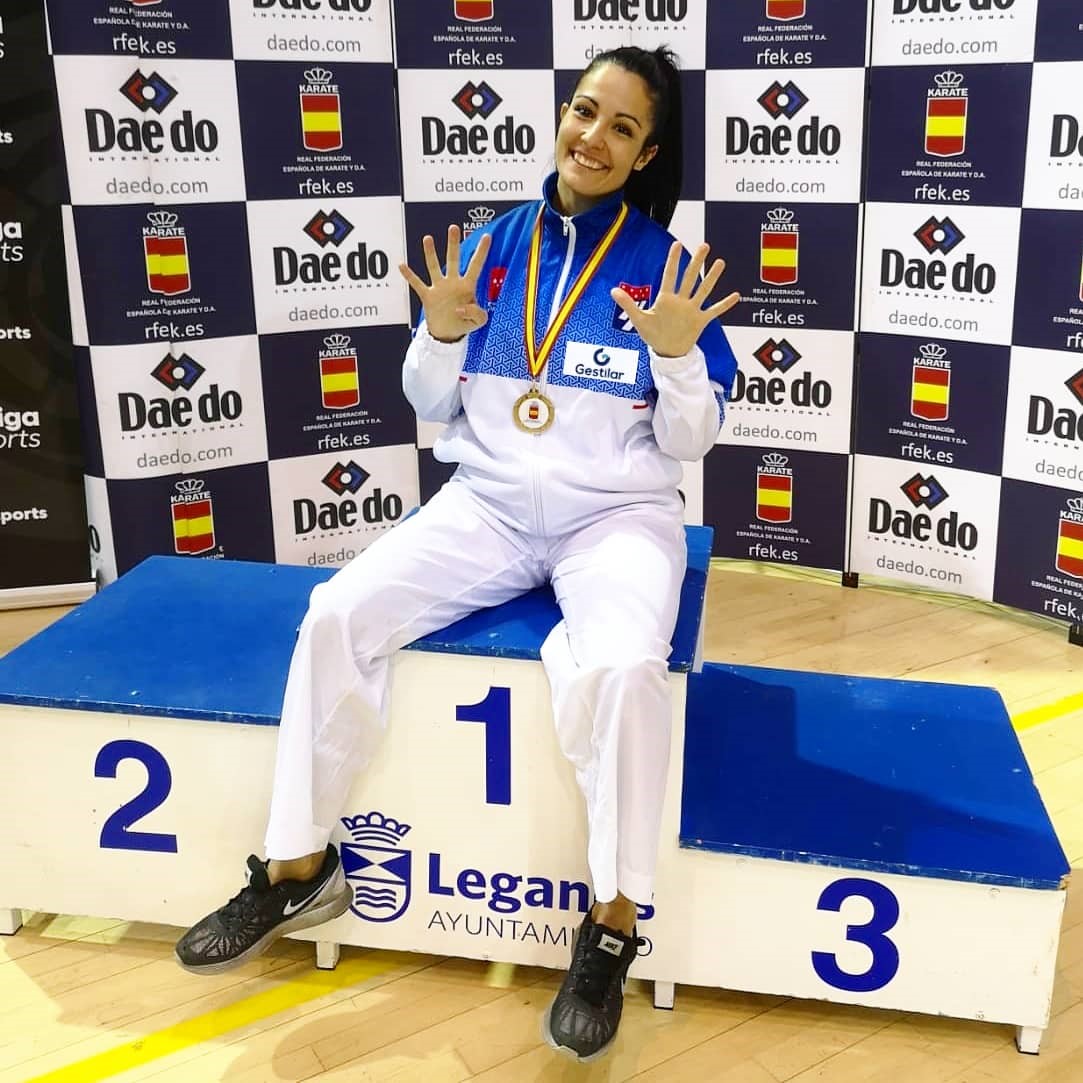 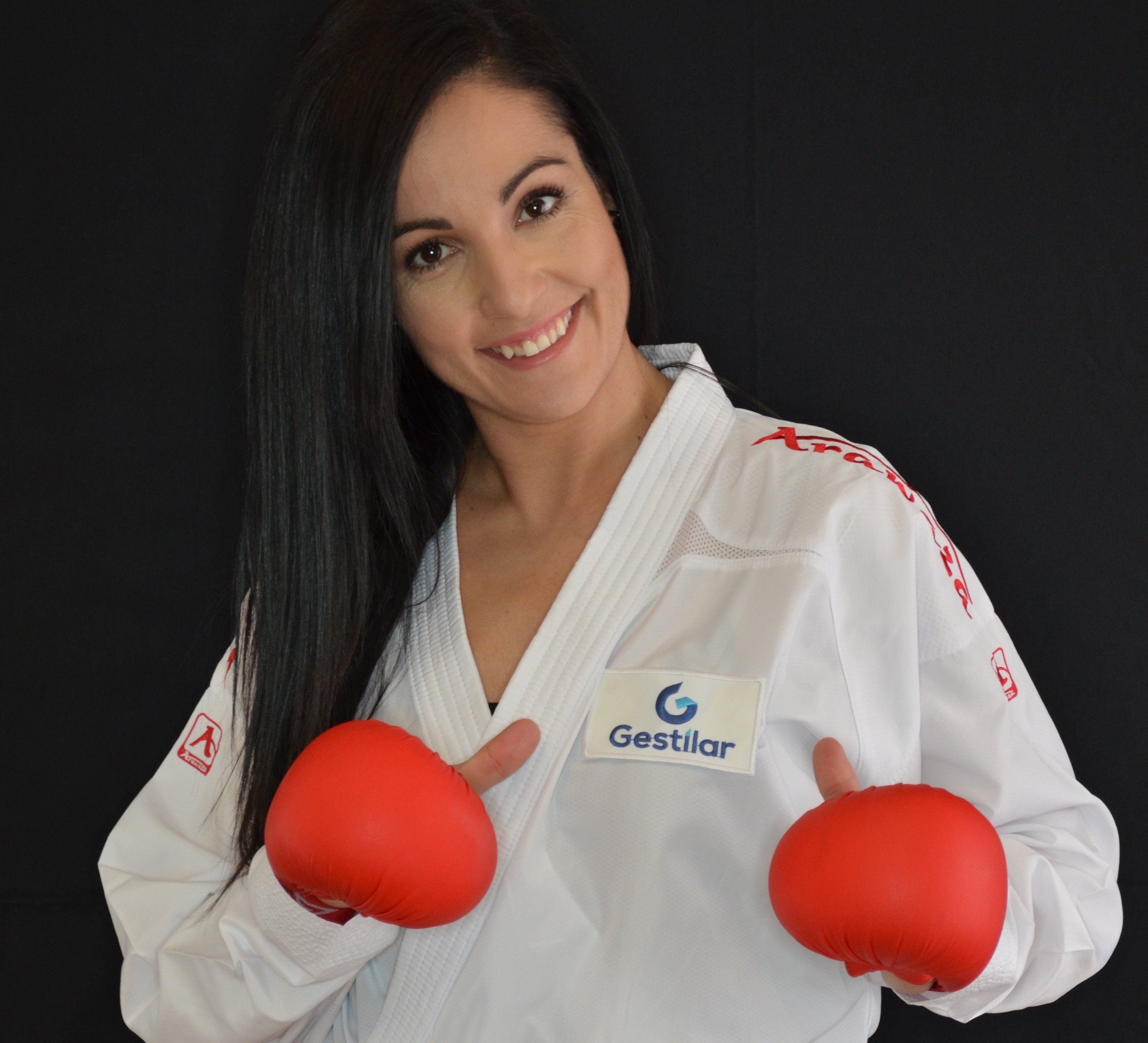 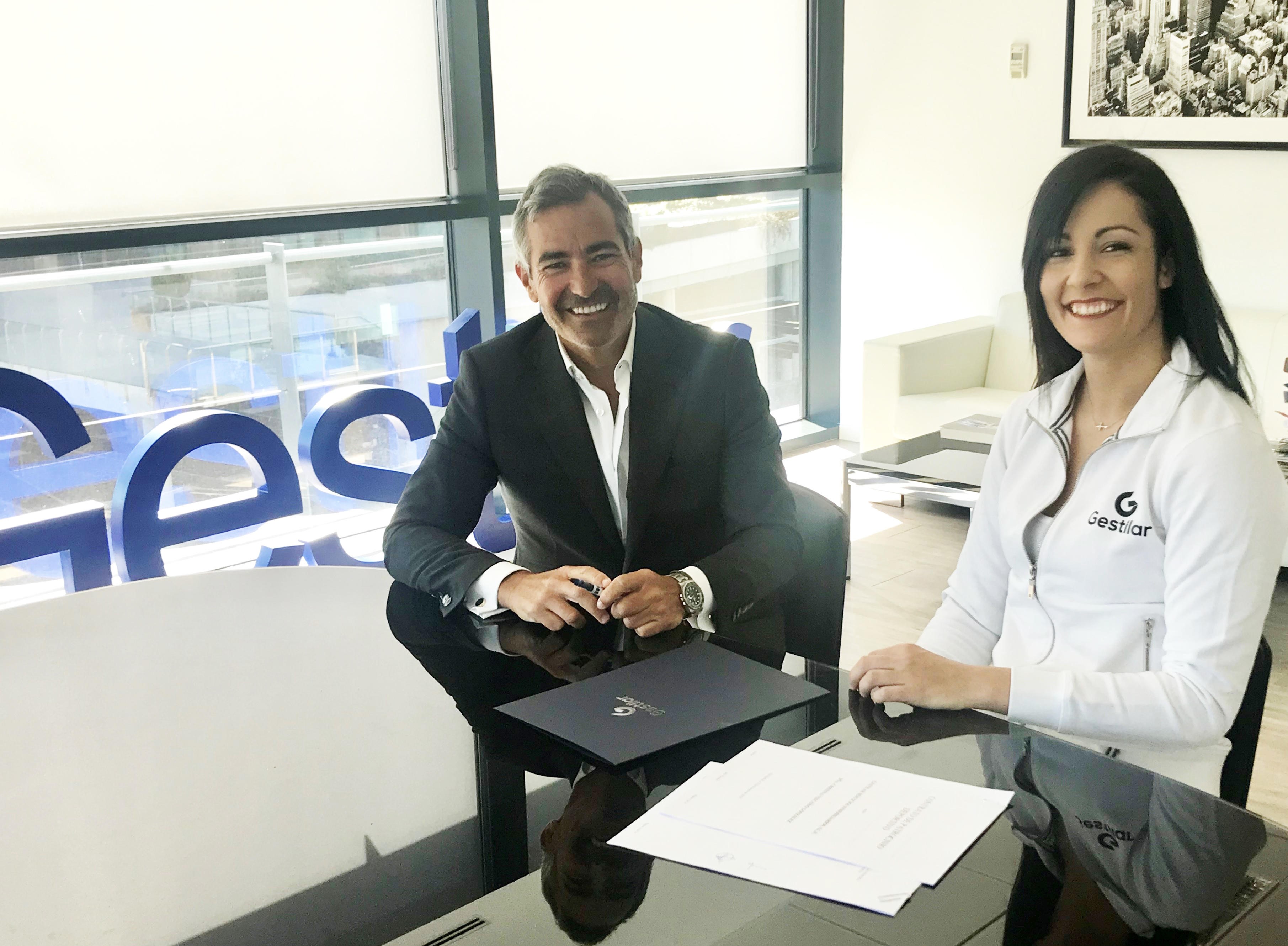 These are just a few of the contributions that Gestilar is making as part of its Corporate Social Responsibility programme. Soon, we will tell you about the others!

Through this post, we also hope to make your aware of some of these events, so that you can participate and collaborate. Will we be seeing you at one of them this year? 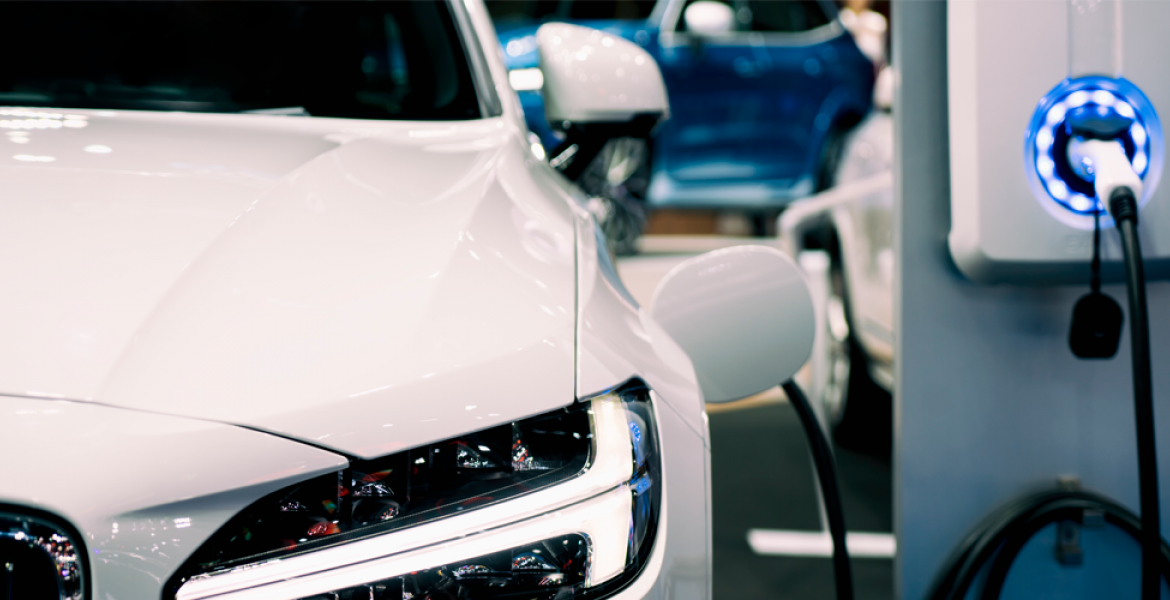 Gestilar; the first developer to introduce carsharing in residents’...

Gestilar; the first developer to introduce carsharing in residents’...

We are the first developer to introduce it in communities of home-owners by offering the infrastructure needed... 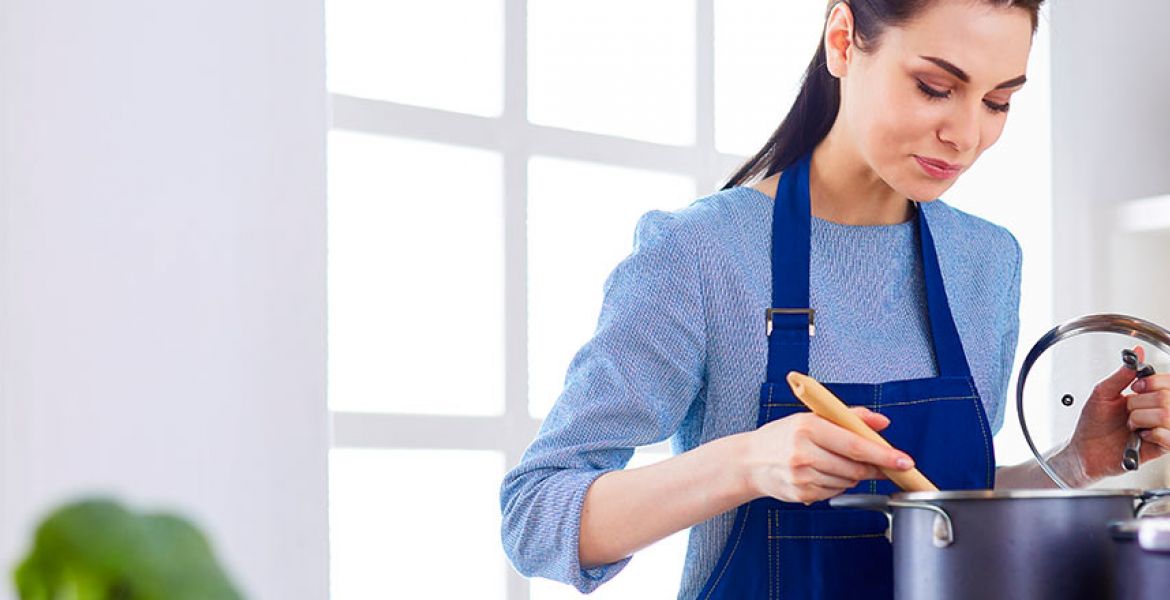 We continue to invest in innovation: the latest revolution has arrived in our kitchens!

Japandi style: the keys to the look that will turn your home into a timeless space