The “re-awakening” of the real estate sector at SIMA 2017

The 19th edition of SIMA 2017 (Madrid International Real Estate Trade Fair), which took place from 25 until 28 May, has closed its doors with some very encouraging figures for the industry. With 9% more visitors than the previous year, two distinct buyer profiles have stood out: young people in search of their first home and people aged 35 to 50 looking for a new home.

Among the most striking observations we have made, following these four hectic days, is a notable change in the type of customers compared with previous years: they know what they want and they are better informed.

Whereas the economic crisis ­-with its negative impact on the property sector in recent years- left future buyers fewer options to choose from –guided more by what was available than by preferences– we are now seeing a 180º shift, with more emphasis on the specifications and features the homes offer, a greater awareness of the importance of the building’s energy efficiency certification and above all, the location of the property, a decisive factor right from the outset in the buying process. It is precisely this factor that characterises Gestilar’s projects, all of which are located in strategic areas, where outdoor activities can be enjoyed in settings that are just a short distance from city-centres.

Moreover, in contrast with the experience of the last decade, 90% of the products on offer at SIMA 2017 were new-build homes according to the show organisers, Planner Exhibitions, meaning that off-plan sales are burgeoning once again.

Gestilar was present with an 88 square-metre designer stand, whose strategic position on the walkway was designed to provide our customers with a unique experience. 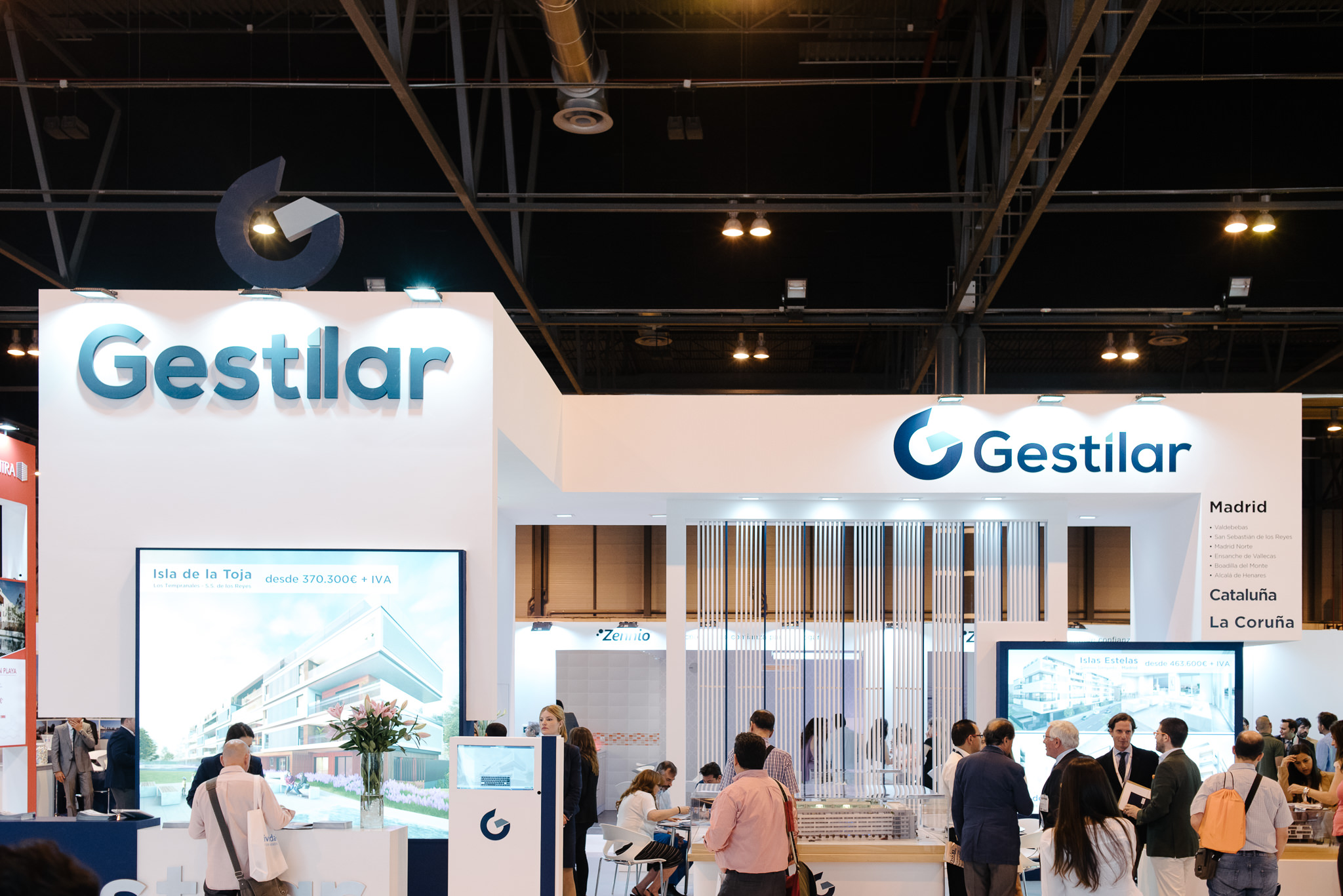 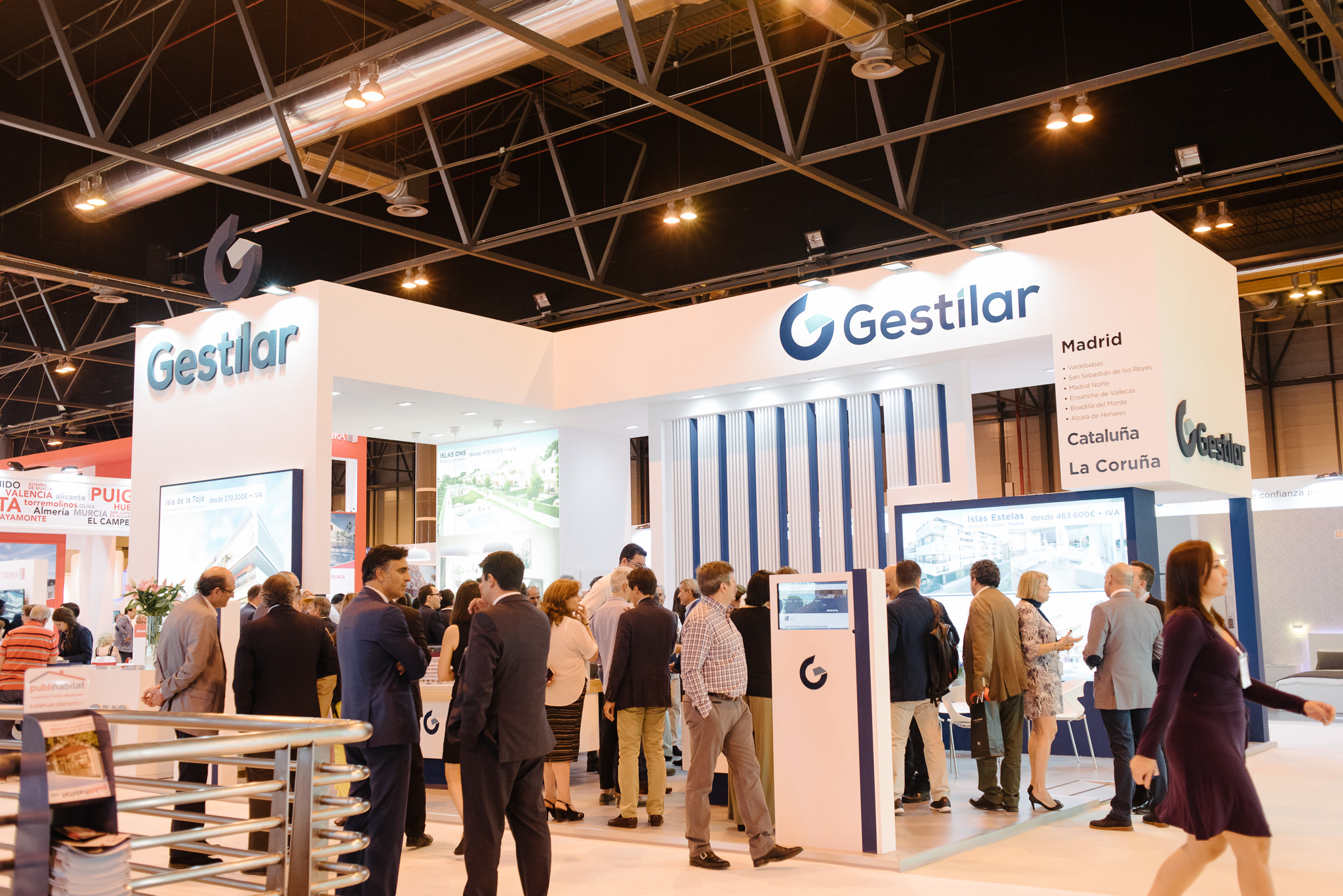 The property developer has brought to a close a highly successful appearance at this year’s SIMA 2017 in terms of sales and reservations, accomplishing its goals and with four of its projects attracting particular interest: Blau de Mar in Gerona, Islas Ons in Boadilla del Monte, Isla de Arosa in Alcalá de Henares (where Phase II is already underway) and the project that has received high praise in the industry, Isla de la Toja, located in Tempranales in San Sebastián de Los Reyes (Madrid).

The visit by the Minister for Public Works, Iñigo de la Serna, to the Gestilar stand was one of the highlights of the exhibition. Gestilar’s Chairman, Javier García-Valcárcel, showed him several of the developers’ projects, including one of its flagship residential projects: Isla de la Toja. 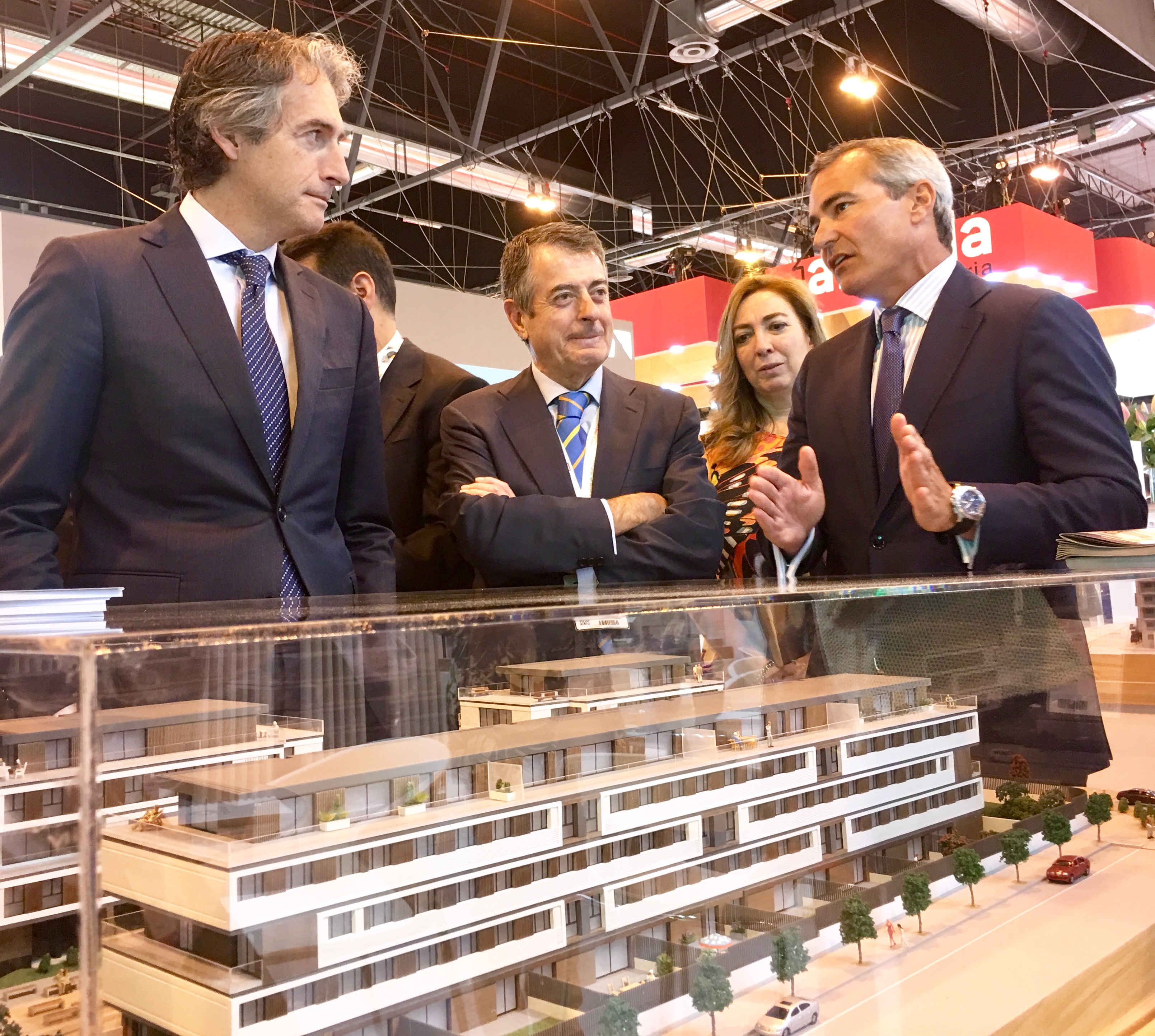 García-Valcárcel also gave a rousing speech thanking the clients and partners for placing their trust in Gestilar and acknowledging the professionalism and dedication of the company’s employees. This was followed by a buffet lunch on 26 May, with more than 100 guests attending, including suppliers, the press and SIMA 2017 attendees.

Due to its remarkable success, we hope to repeat this event in future years. Thank you for your continued support and your trust in Gestilar!