5 ideas for turning your home into an eco-space

Living in Badalona, a fusion of the sea and the mountainside on the Mediterranean coast

Gestilar is about to embark on a new project on the Catalan coast with its Voramar development, so we invite you to discover with us all the great things about living in Badalona. Did you know that Badalona is the third largest city in the Catalan region in terms of population, and that it is one of the oldest with a very long history? There is plenty going on here culture-wise, and it boasts a unique setting, combining the best of the Mediterranean sea and the mountainside, all just a short drive from Barcelona. Let’s begin the tour!

Living in Badalona; it’s about the quality of life

Its number one draw is that it is a town where life takes a more leisurely pace, away from the hustle and bustle and stress of large cities. In recent years it has become the perfect choice for people looking for a new-build home in the Barcelona region; it is less noisy, it has more places to park and there are plenty of parks and green areas in the surrounding area.

Its historic town centre is peaceful, with a varied offering of restaurants, local shops, museums and theatres. The two busiest thoroughfares are La Rambla and Calle del Mar, which form Badalona’s main open-air shopping area. On every street corner you will find great foodie outlets and places serving traditional home cooking, which you are unlikely to find in a large shopping centre.

Taking a stroll along the seafront is another of the town’s attractions, with a promenade stretching for over 2km. Anyone enthralled by the sea should take a diversion along the Pont del Petroli, a 250 meter-long walkway taking you right into the Mediterranean sea, leading to a look-out platform with a weather station and an oceanographic information centre.

Shopping enthusiasts are in luck because, within easy reach, are the area’s two Shopping Malls: Magic Badalona and Montigalà.

Badalona’s extensive green area embraces the “Can Solei i Ca l’Arnús” park, to the south-east of the town. Perfect for a family outing, this land, which was privately owned for decades, features romantic gardens through which well-known figures of past times would once stroll. There are over 120 botanical species, and several beauty spots have been conserved, such as a small lake with a castle and the Watch Tower.

Another two parks, the “Turó Caritg” and “Las Muntanyetes” parks, right in the centre of town, are ideal options if you have children.

Because Badalona belongs to the Metropolitan Area of Barcelona, it has excellent connections with Barcelona itself via all forms of public transport, including metro lines, bus routes and commuter trains, all taking you to the Catalan capital or other places of interest such as Barcelona’s El Prat airport, within minutes.

If travelling by car, the Ronda Literal, is the quickest and most convenient route into the city. In addition, there are more than 30 bus routes running between Badalona and the surrounding areas.

Voramar, the dream of a life by the sea

Gestilar’s latest new-build development in Badalona is located in a cosmopolitan urban area, with views of the sea channel and the Port of Badalona. It lies just 20 minutes from the centre of Barcelona and has excellent transport connections. The multiple options including the Gorg (L2) metro station, the Besós Tram, and many buses and train lines.

It has an avant-garde exterior design and incorporates the

latest innovations to enhance sustainability and energy savings, earning it the energy rating Classification A and making Voramar a pioneering development on the Catalan coast. 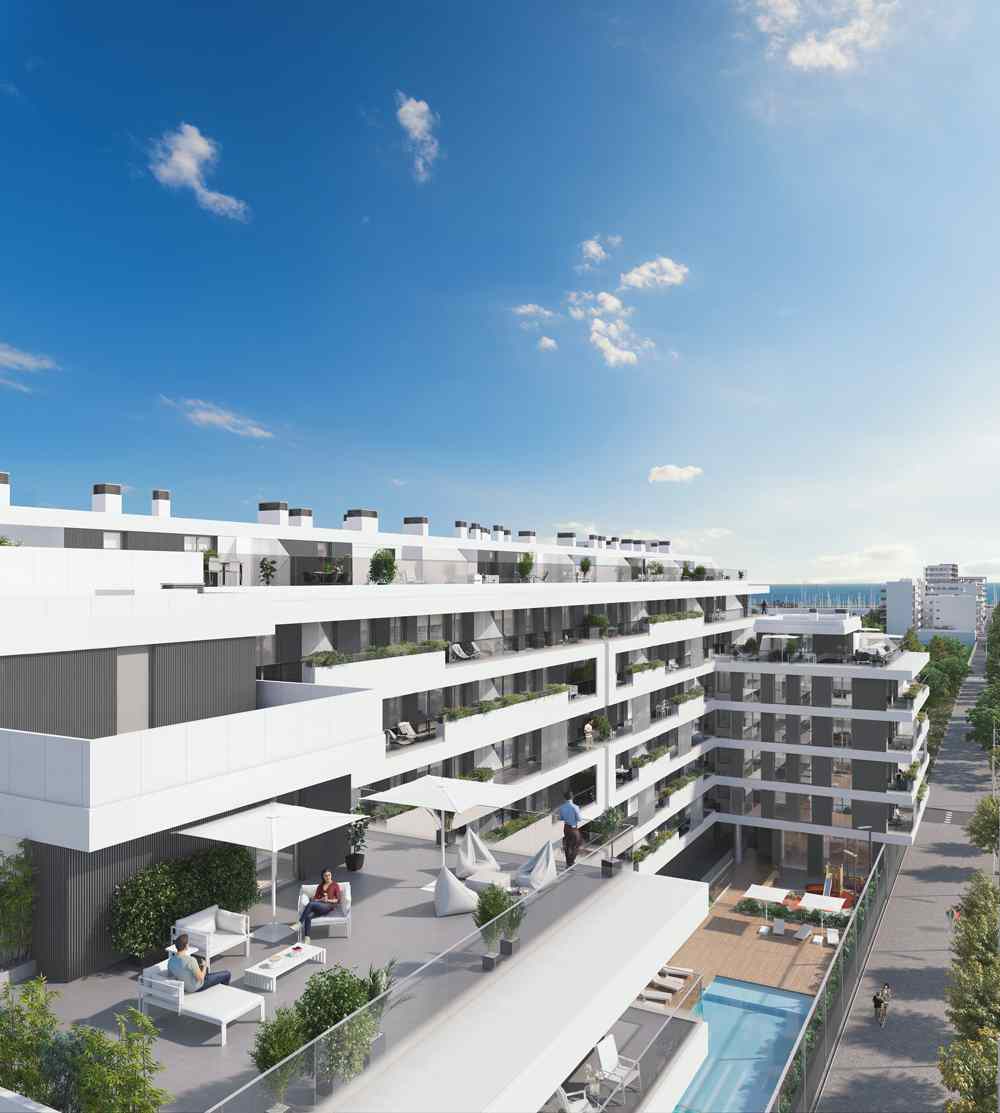 It has an avant-garde exterior design and incorporates the latest innovations to enhance sustainability and energy savings, earning it the energy rating Classification A and making Voramar a pioneering development on the Catalan coast.

SIMAEXPO 2019: Gestilar to be present at the real estate sector’s biggest event of the year

An example of the functionality not allowed.

An example of the functionality not allowed.